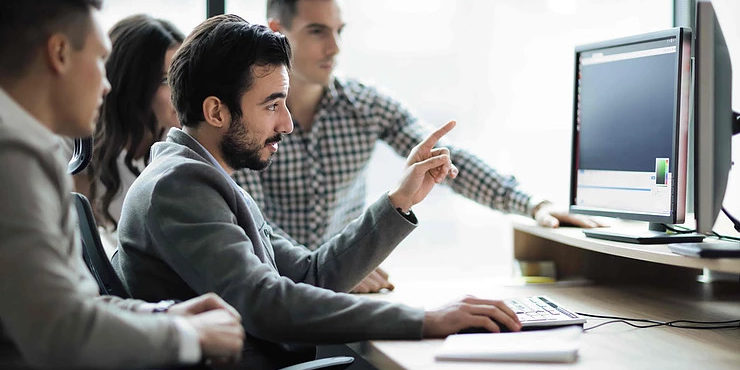 Not all projects meet their original goals. According to a survey of 1,500 management executives conducted by IBM, 40% of projects failed to meet their schedule, budget or quality goals. A separate survey of 400 information technology professionals conducted by Information System Audit and Control Association (ISACA) found that 43% of project organisations suffered project failures.

Statistics such as these can be disheartening for project managers and team members. The good news, however, is that most failed projects are the result of one or more mistakes. So, what are some of the most common mistakes made in project management ? 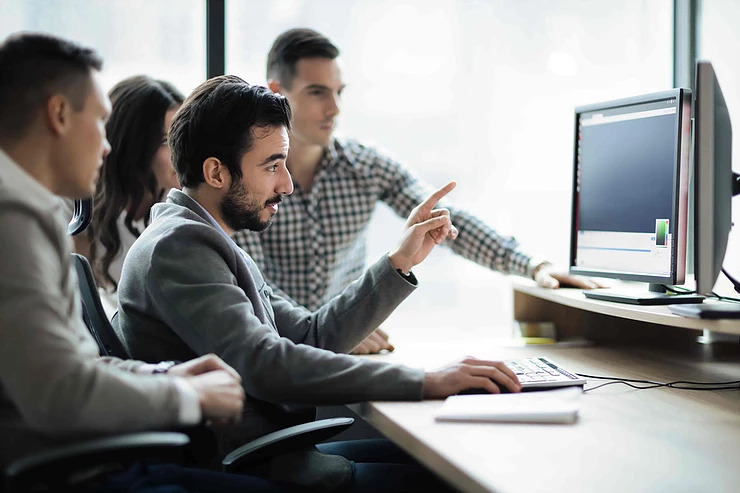 # 1 Failure to Adapt to Change

Successful project management relies heavily on the ability to adapt to change. Whether it’s a missed deadline, changing of team members, new requirements handed down by stakeholders or any other unforeseen roadblock, problems such as these are bound to occur.

Project managers must adapt to change in a rapid and effective manner while keeping their eyes focused on the end goal. When an unexpected problem occurs, the project manager must use all available resources to overcome it.

Steps can be taken to mitigate and reduce the risk of problems, such as assigning earlier-than-needed dates for incremental work. This way, if a problem does occur, the project manager has additional time to resolve it. And if a key team member is being pulled from the team, perhaps the project management can stress the importance of keeping that member on board to management. If management believes pulling a team member will push back the project’s expected date of completion or otherwise hurt its objectives, they may choose to keep the member on the project.

Defining the scope of a project is essential for its success. The Project Management Institute (PMI) defines scope as the “documented basis for making future project decisions and for confirming or developing a common understanding of the project scope among the stakeholder,” which sums up the term nicely.

Basically, scope – when used in the context of project management – specifies the responsibilities, duties, procedures and boundaries for every member of the project’s team. The project manager and all team members must identify the project’s specific work or tasks that need to be accomplished. Additionally, project scope should include goals, functions, tasks and any other work that’s needed to deliver the project. Some organisations use a statement of work (SOW) to define this information, whereas others use a general scope statements. Either way, the team must have a clear understanding of the project’s scope for the project to succeed.

When a project’s scope isn’t clear, members may stray away from its vision, use inefficient methods or techniques, deliver work past deadlines, etc. Furthermore, the scope statement provides guidelines for requesting change during a project. The bottom line is that all members should have a clear and concise understanding of the project’s scope.

Also known as feature creep and kitchen-sink syndrome, scope creep is a phenomenon that occurs when new features or functions that weren’t originally specified in the scope are added to a product. A software team developing an application for one platform, for instance, may attempt to port over the product to over to a second platform, and then a third platform and possibly even a fourth. Because these requirements weren’t specified in the project’s original scope, this is considered scope creep.

It’s nearly impossible to avoid all forms of scope creep when managing large projects – and that’s okay. Project managers shouldn’t try to prevent scope creep but rather control it. If it doesn’t grow out of hand, scope creep can be managed to ensure it doesn’t negatively affect the project’s vision and objectives.

For more information, check out this new guide on Scope Creep

Regardless of size and objectives, all projects carry some degree of risk. In the most basic sense, a risk is defined as anything that could affect the project’s performance, budget, timeline or outcome. When a risk manifests into a reality, it may present a problem for the project manager and his or her team, which is where risk management comes into play.

Statistics show that 64% of organizations conduct risk management when managing projects. While that’s the majority, it still means more than one-third of organizations overlook this fundamental process. And if an organization doesn’t manage project risks, there’s a greater chance of small problems snowballing out of control. With proper risk management, project managers and teams can better control their projects and mitigate the effects of risks.

Risk management involves a multi-pronged approach to identify, analyze, mitigate and respond to risks throughout the project’s lifecycle. It’s considered both proactive and reactive – project teams take measures mitigate risks while also responding to risks when they occur.

A good rule of thumb is to conduct a risk assessment once at the beginning of the project, with follow-up assessments conducted every additional two-to-three months. The project manager should create a risk plan to define what actions the team needs to take to manage the project’s risks.

Not all tasks associated with a project are of equal importance. Some have a greater influence over the project’s vision that others – and these are the tasks that project managers and teams should prioritize. Of course, this is easier said than done when you have dozens or even hundreds of tasks in your project’s scope.

So, how do project managers know which tasks are important and which ones aren’t? Task prioritization can be tricky, though it’s usually best to look at the task’s deadline. If a task is due in less than 24 hours, for instance, it can be given the “urgent” level of priority, whereas a task that’s due in two weeks can be given the “low” level of priority. Reviewing deadlines such as this can help project managers prioritize tasks more effectively.

With that said, the issue of task dependency may cause some tasks to take priority over others, even if they have a longer deadline. Task dependency occurs when the completion of one task relies on the completion of another task. Task A, for instance, cannot be completed until task B is completed. Therefore, the team must focus their efforts on task B before attempting to tackle task A.

Following an over-generalized project plan with insufficient level of detail is an all-too-common mistake made in project management. This formal document is essential for project execution as well as project control, and failure to use a thorough and detailed project plan increases the risk of missed deadlines and other problems later down the road.

According to PRINCE2, a project plan is a “statement of how and when a project’s objectives are to be achieved, by showing the major products, milestones, activities and resources required on the project.” While some of these elements are covered in the scope statement, the project plan is a more complete and detailed document pertaining to the project and its requirements.

The project plan should include the scope while covering the following five Ws:

#7 Lack of Guidance or Insight from Stakeholders

Unfortunately, many project managers overlook the importance of communication, focusing on their own needs rather than the organization’s needs. To put the importance of communication into perspective, the PMI’s Pulse of Profession 2013 report indicates that the single most influential factor in a project’s success is communication with all stakeholders. More specifically, PMI researchers found that two out of every five projects (40%) failed to meet their original goals and one out of every five projects (25%) fail because of ineffective communication.

A common mistake made by project managers is failure to delegate tasks. Instead of handing tasks to other skilled and qualified team members, they attempt to do everything themselves. While this may seem harmless enough, it’s neither an efficient nor effective way manage a project.

The PMI describes delegation as the “essence of good management.” However, some project managers avoid delegation, fearing that the work won’t be completely correctly if delegated to other team members. As a result, they become bogged down with dozens of tasks, some of which are they are unable to complete.

To prevent this from happening, project managers must delegate tasks to other team members. This means telling each member for which tasks they are responsible, when the tasks should be completed, and what to expect when doing the tasks. Tasks should be matched to team members by their skillset, giving tasks to the most qualified and skilled member on the team.

On the other hand, project managers must also avoid micromanaging. Micromanagement occurs when the project manager exhausts a significant and unnecessary amount of time and resources managing his or her team members. Instead of managing the project, the PM “micro manages” each individual team member.

Micromanagement isn’t a critical mistake, though it can still negatively affect the project’s outcome. If a project manager spends all his or her time scrutinizing team members and ensuring they are doing everything correctly, it creates an inefficient and unproductive working environment.

Project managers should be conscious how much time and resources they spend managing team members, while also taking steps to avoid micromanagement. Giving team members space to perform their tasks, for instance, and checking up on them periodically discourages micromanagement. Team members should also be given clear instructions on what tasks they need to accomplish and how to complete them. Remember, project managers should manage the team, not the individual workers.

#10 Not Using the Right Tools

Trello, for instance, is arguably one of the most popular tools for workflow management. Using Trello, project managers and team members can create frameworks (known as boards) for virtually any process. Other team members can then log in to the board to access and use the framework.

Basecamp is another popular project management tool. While Trello is used primarily for workflow management, Basecamp is used for collaboration. But Basecamp goes beyond standard file sharing by supporting real-time chat, message boards, stacked lists, user assignments and more. It even features a reporting system so project managers can see exactly what each team member has accomplished.

When choosing tools, project managers should consider the following:

These are just a few of the most common mistakes made in project management. By taking steps to avoid these mistakes, project managers will create a more efficient and productive environment.

The 3Ms in Agile Project Management: Methodology, Mindset and Metrics
May 18, 2019

Go to Top
We use cookies to ensure that we give you the best experience on our website. If you continue to use this site we will assume that you are happy with it.Ok